Historical, Military, and Picturesque Observations on Portugal, Illustrated By Seventy-five Colour Plates, Including Authentic Plans of the Sieges and Battles Fought in the Peninsula During the Late War 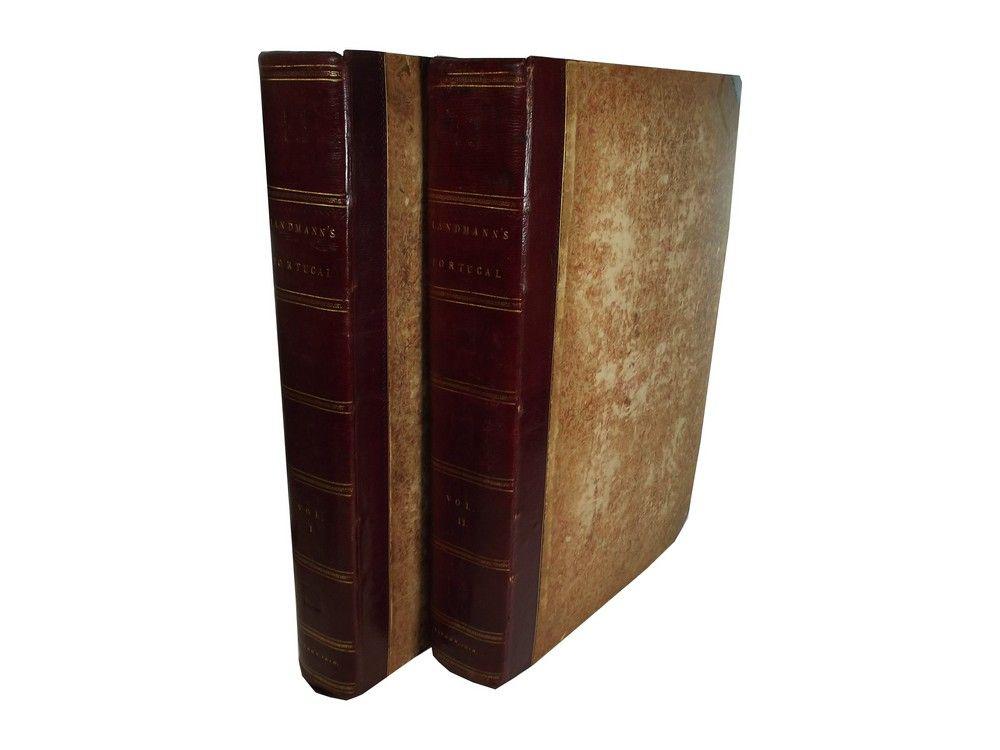 Historical, Military, and Picturesque Observations on Portugal, Illustrated By Seventy-five Colour Plates, Including Authentic Plans of the Sieges and Battles Fought in the Peninsula During the Late War

Rubbed to extremities, some bumping to lower edge of boards, paper covering boards slightly rubbed and slightly chipped to edges. Lightly foxed internally, off-setting to some of the maps / plans, Oo3 in volume one with loss to bottom margin (not affecting text), small puncture hole to map at page 588 in volume and a small puncture to plate at page 80 in volume two, lacks the half-titles. Most of the folding plates have a small repair to, or just adjacent to, the fold. Armorial bookplate of Rear-Admiral Charles Ekins to front pastedowns, with a large presentation inscription from Ekins to Colonel Henry Salwey to ffeps. Ekins, (later knighted), had served in the Navy on the coast of Portugal in 1808, (see ODNB), Salwey was later the MP for Ludlow.

Complete with seventy-six coloured aquatints (seventy-five called for, but one folding plate is omitted from the list of plates), including thirteen folding or double page. The plates are after Landmann by Stadler, Hill, Havell, Ogborne, Baily and Jeakes.

Versailles, Paris and Saint Denis; Or a Series of Views from Drawings Made on the Spot By J.C. Nattes, Illustrative of the Capital of France, and the Surrounding Places. With an Historical and Descriptive Account

The Grand Master or Adventures of Qui Hi? In Hindostan - A Hudibrastic Poem in Eight Cantos

Mooltan, During and After the Siege. Being Twenty-One Drawings, from Sketches Taken on the Spot. With a Descriptive and Historical Account of the Siege

The Isle of Wight Illustrated in a Series of Coloured Views

Picturesque Illustrations of Buenos Ayres and Monte Video Consisting of Twenty-four Views: Accompanied with Descriptions of the Scenery, and of the Costumes, Manners Etc. Of the Inhabitants of Those Cities and Their Environs

British Castles; or a Compendious History of the Ancient Military Structures of Great Britain