Tracts Relative to the Island of St. Helena; Written During a Residence of Five Years 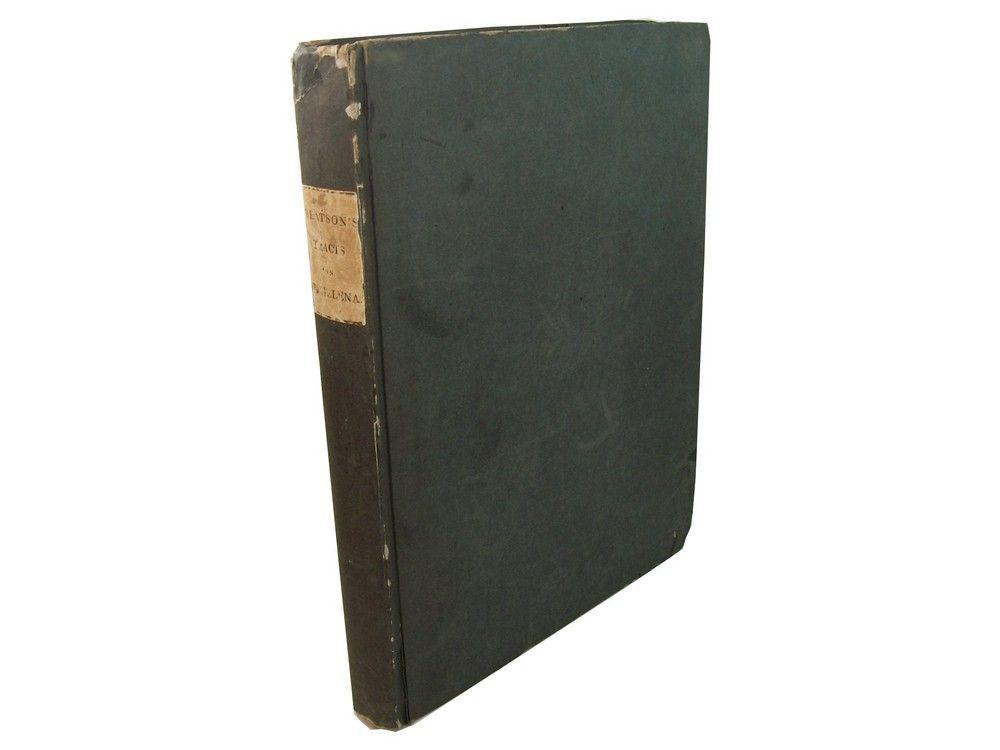 Tracts Relative to the Island of St. Helena; Written During a Residence of Five Years

xix, [1], lxxxvii, [1], 330pp. Original boards, original paper label to spine, untrimmed. Slightly chipped to spine ends with small repair to head, joints slightly split but holding well, label rubbed and slightly chipped, corners bumped and edges rubbed. Internally a previous owners bookplate and name to front pastedown (Lord Eldon), otherwise bright and clean. With six uncoloured aquatint views and one plan of St. Helena, (as called for), each tissue-guarded. "Beatson, Alexander (1759-1830), army officer in the East India Company and colonial governor ... In October 1807 Beatson was appointed to the governorship of St Helena, which he held from 1808 to 1813. The island, which then belonged to the East India Company, was in a very impoverished condition. The scanty population had been badly affected by an epidemic of measles a short time previously, and was in a wretched state. The acts of the home authorities in suppressing the arrack trade and other matters gave rise to great discontent, resulting in a garrison mutiny in December 1811, which was put down firmly by Beatson, who also introduced a better system of cultivation and many other �improving� measures. These activities, related in his widely read Tracts Relative to the Island of St. Helena (1816), and several other shorter works, have been described as a major contribution to the �beginnings of global environmentalism� (Grove, 356-60). In recognition of his services on the island he was promoted major-general from 3 August 1813" (ODNB). Abbey Travel 312

A Voyage Round Great Britain, Undertaken in the Summer of the Year 1813, and Commencing from the Land's-End, Cornwall, By Richard Ayton. With a Series of Views, Illustrative of the Character and Prominent Features of the Coast

Rome and Its Environs: Drawn from Nature and on Stone

Personal Narrative of a Pilgrimage to El-Medinah and Meccah