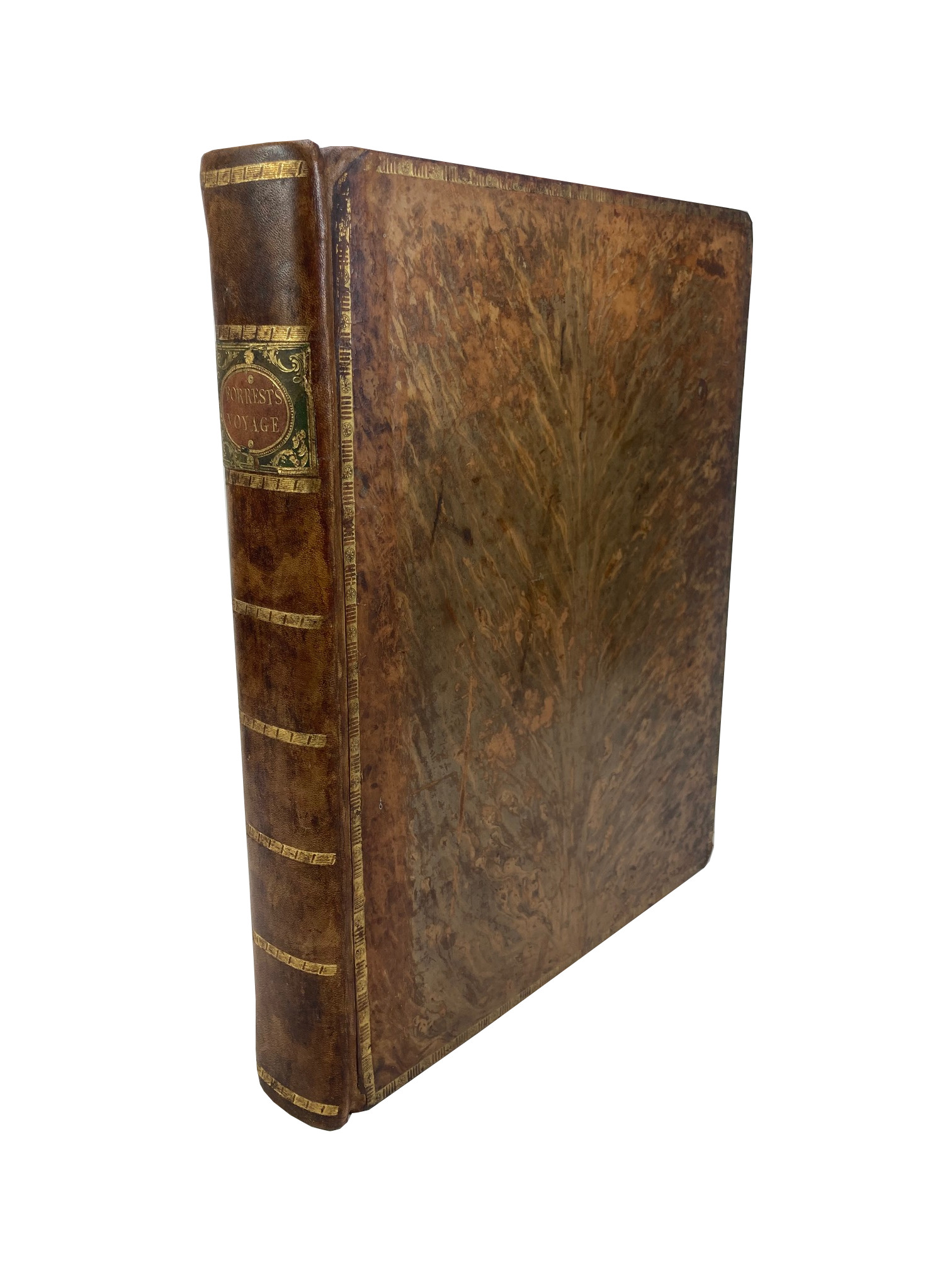 Slightly rubbed, corners worn with slight loss to calf. Internally very lightly browned, some off setting from plates, light stain to margin of I2, but generally clean. Several small nicks and tears to top margin of several signatures, with occasional small amounts of loss (never affecting text). Folding plates have been guarded, occasional creasing to edges from folding

Armorial bookplate of Arthur W. de Capell Brooke to front pastedown. With an engraved portrait frontispiece engraved by Sharp after Sherwin, large folding map (with small hole to joint) drawn by Forrest and engraved by Fran.[cis] Vivares, with another thirty-one views, maps and charts by various hands but mainly engraved by Vivares after Forrest

For Vivares see Worms and Baynton-Williams, British Map Engravers, page 687. Brunet II:1345; Cox II:301; Lowndes 819, noting that it is "full on the physical and moral character of the inhabitants, and on their language, mode of life and trade" and Hill 623, noting that Captain Forrest "sailed in the 'Tartar', a native boat of about ten tons burden, with two English officers and a crew of eighteen Malays. He pushed the expedition as far as Geelvink Bay in New Guinea. The voyage was one of examination and enquiry rather than of exploration, and the additions made to geographical knowledge were corrections of detail rather than startling discoveries, but the tact with which he conducted his intercourse with the natives, and the amount of work done in a small boat, deservedly won him credit as a navigator"

Gleanings Through Wales, Holland and Westphalia, with Views of Peace and War at Home and Abroad. To Which is Added Humanity; or the Rights of Nature. A Poem Revised and Corrected

A Dictionary of the English Language

Personal Narrative of a Pilgrimage to El-Medinah and Meccah