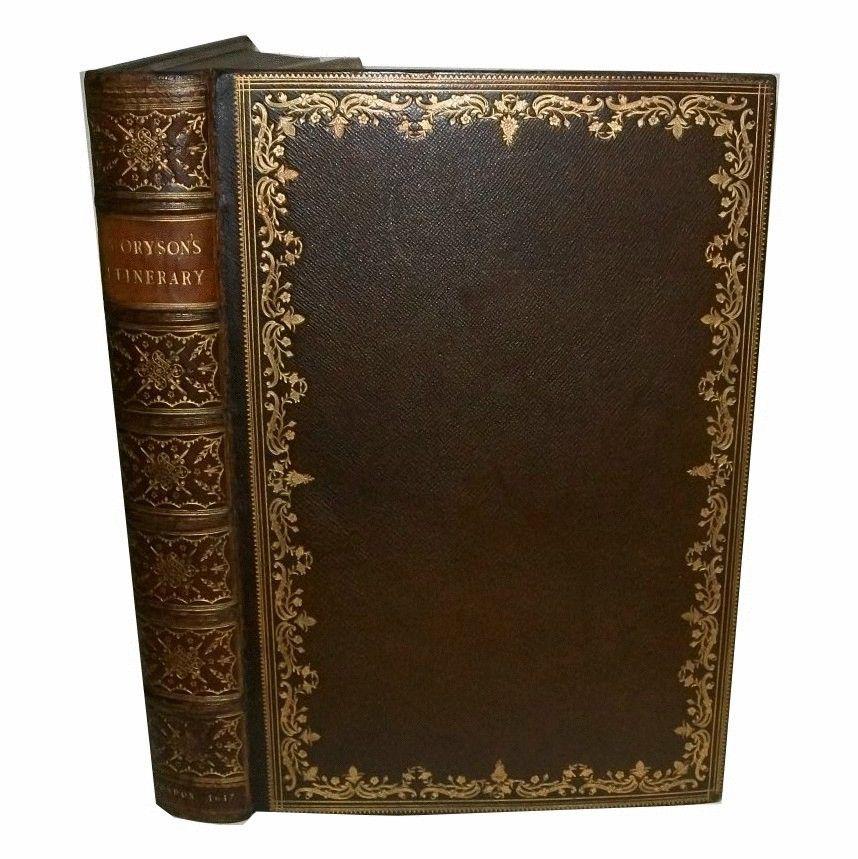 [14], 84, 83-106, 109-295, [1], 301, [1], 292pp. Later full morocco, raised bands, spine in seven panels, morocco title label to second panel, remaining panels with scalloped gilt border surrounding an interlaced centre piece, flower corner pieces, small seed-head and star tools, covers with dog-tooth roll and triple fillet border, framing a number of volute, flower and seed-head tools, double fillet to edges, triple fillet to inner edges, a.e.g., combed marbled endpapers. Rubbed to extremities, especially to outer joints and corners, small strip repair to foot of front joint.. Internally, lacks front and rear blanks, second page of title repaired and the fore-edge margin of *6 has been replaced, small hole to L, catching one letter of text and map to reverse, loss to bottom corner of Qqq3, several small nicks and tears, light browning on occasion, several pencil lines to margins, but generally quite clean and bright. Double page printed title, privilege on verso with woodcut coats-of-arms and portraits, eight woodcut maps and plans to text, with other woodcut decorations and initials throughout. From the library of Boies Penrose and Boies Penrose II, with their bookplates to front pastedown, and presented to Jacqueline Kennedy Onassis by John Fleming (with pencilled note to ffep), with a Sotheby's label and lot number paper bookmark for her estate sale loosely inserted. The first part is a journal of his travels through Europe, the second is a history of the Earl of Tyrone's rebellion against Elizabeth I in Ireland and the third part looks at the differences in dress, character, religion and diet between various countries in Europe. Brunet III:1919 "ouvrage estime et devenu rare"; Cox I:87, STC 18205. An attractive copy with excellent provenance

A Voyage Round Great Britain, Undertaken in the Summer of the Year 1813, and Commencing from the Land's-End, Cornwall, By Richard Ayton. With a Series of Views, Illustrative of the Character and Prominent Features of the Coast