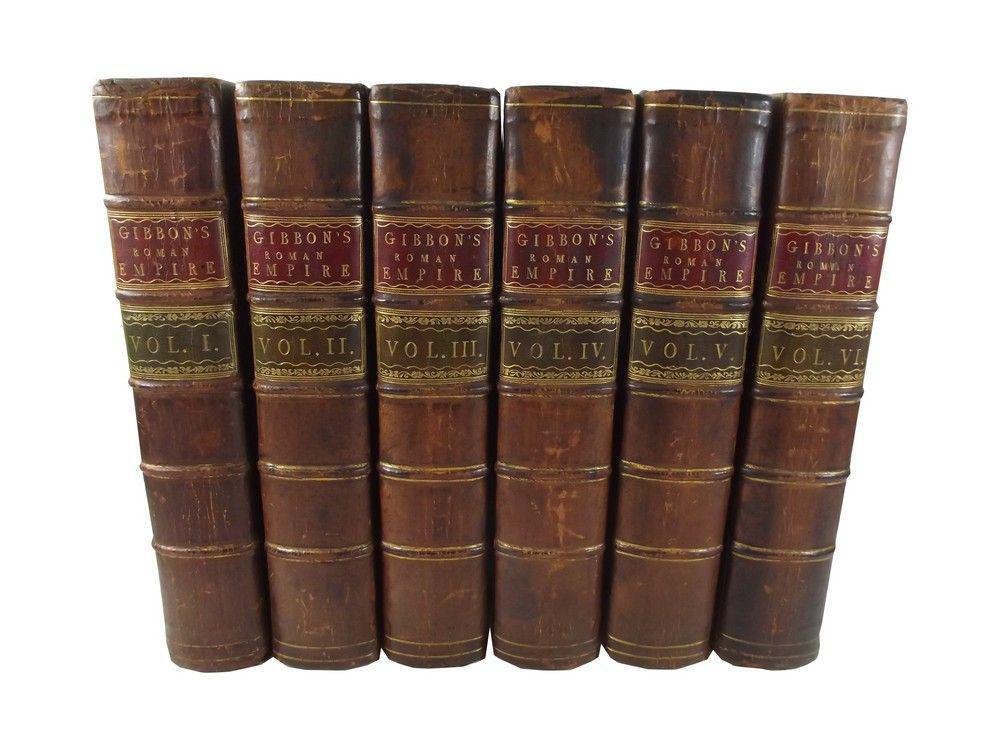 Volume one has minor repairs to spine ends with small amount of loss to head, volume six has a minor repair to foot of spine, some darkening to spines, especially to volume five, slightly rubbed generally. Internally some light browning and occasional foxing, damp stain to fore-edge of Ll in volume one, staining to foot of endpapers and half-title in volume three, 3M4 lacking corner (not affecting text) in volume four and 3P stained in volume five, these faults notwithstanding generally fairly bright and clean.

Volume one is a first edition, second variant, with X4 unsigned and the Preface dated February 1, 1776, volumes two and three are second editions (though as Norton points out, they are actually 'reissues of the first editions with cancel half-titles and titles'), and volumes four, five and six are first editions.

With the half-titles, two folding maps to volume two and one to volume three, engraved portrait frontispiece by John Hall after Sir Joshua Reynolds, has been laid onto the reverse of the ffep to front of volume one.