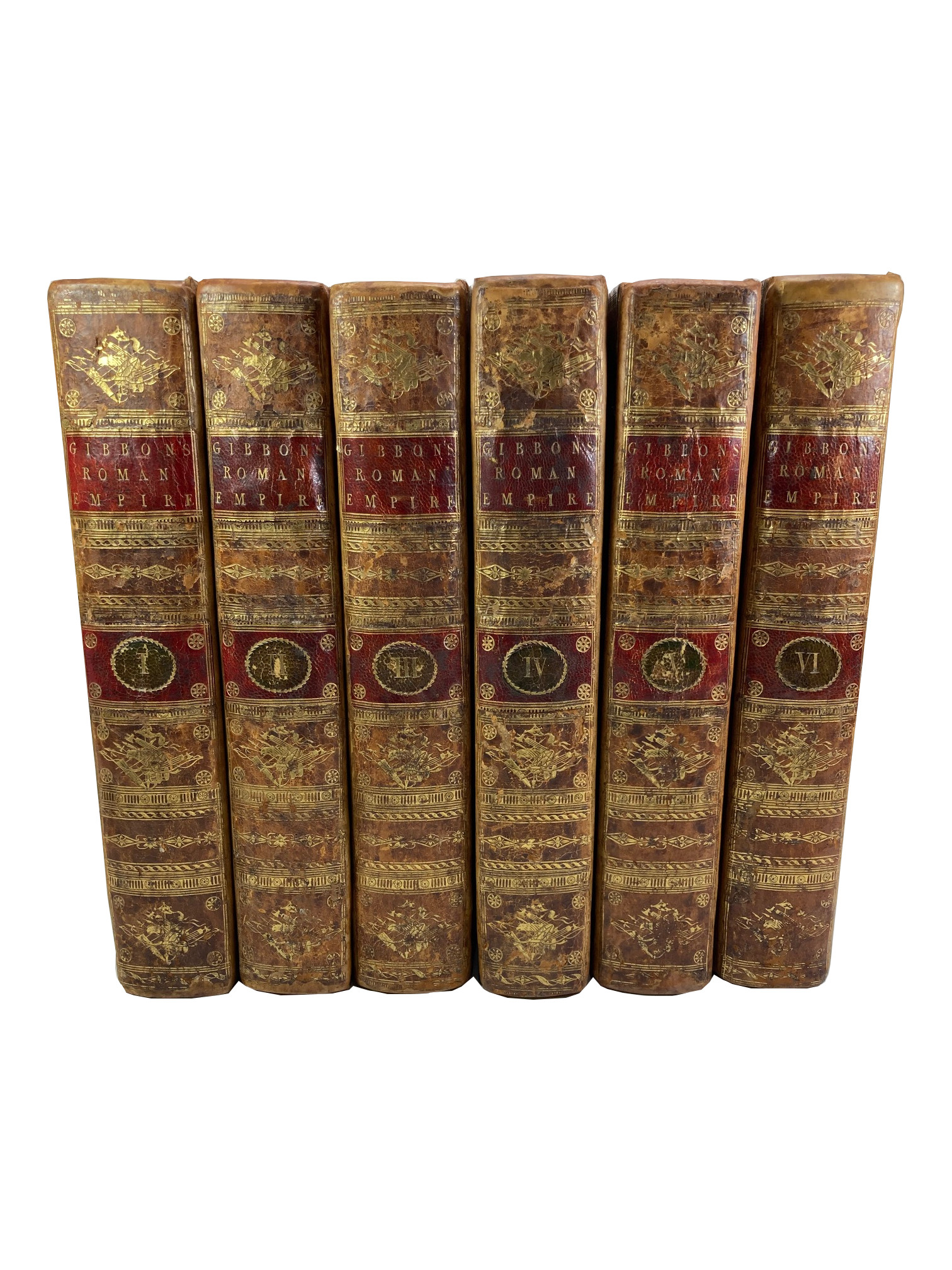 Six volumes complete, 1781-1788 - Volume One, pub. 1782 - [3], iv-vii, [13], 704pp; Volume Two, pub. 1781 - [10], 640pp, [2]; Volume Three, pub. 1781 - [10], 640pp; Volume Four, pub. 1788 - [2], [i]-viii, [8], [1]-620pp; Volume Five, pub. 1788 - [10], [1]-684pp and Volume Six, pub. 1788 - [12], [1]-646pp, [52]. Contemporary full tree calf, later rebacked with original backstrips laid on, smooth backs with spines in seven panels, title label to second panel, volume label to fourth, panels one five and seven with central lozenge shaped tool and roundel corner pieces in gilt, panels three and six with fleoron roll in gilt, Greek key roll to board edges of covers, rope roll to board edges. Spine labels chipped, partially obscuring one or two, corners bumped and worn, a few minor bumps and scrapes to covers. Internally generally lightly browned, some light foxing and some staining to margins, light damp stain to fore edges of text block. The folding map and the first two signatures of volume two are foxed, closed tear to foot of N2 catching text but with no loss and signatures 3H and 3I are lightly foxed; in volume three there is a small nick with loss to top margin of a4 and a stain to Nn1 catching text but with no loss of sense; and volume four with light water staining to signature O, catching text but with no loss of sense. Lacking half-titles. Portrait frontispiece, engraved by Hall after Reynolds, and folding map to volume one and two folding maps to volume two. See Norton 26, with the misprint on page 624, which Norton notes probably means that this edition was set up from a copy of the fourth, and that volumes two and three (called the second edition), are really a reissue of the first with cancel titles and half titles (Norton, page 53)

Shipping P.O.A. Subject to quotation and will be charged separately.
Year