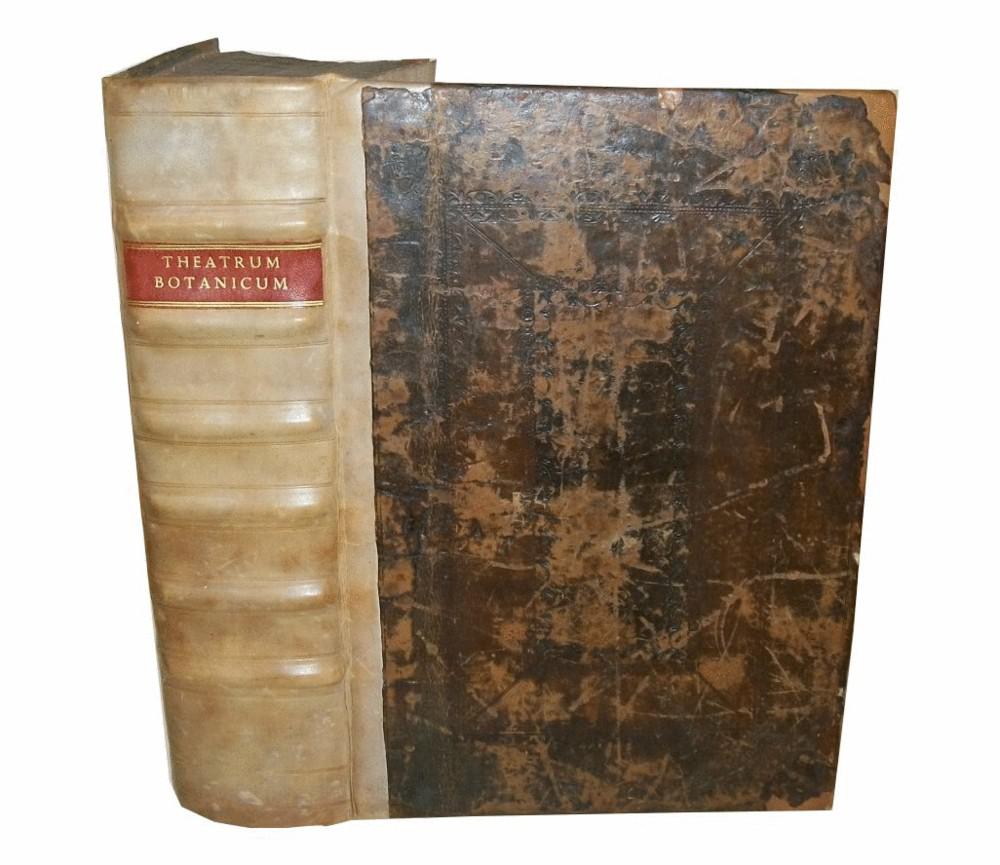 [20], 1755pp, [3]. Full calf, raised bands, spine divided into seven panels, modern morocco title label to second panel. Re-backed, re-cornered and re-edged, original blindstamped panelled calf covers retained, but heavily worn. Internally the engraved title has been laid down with some loss towards gutter affecting the image, the letterpress title has also been laid down, closing a couple of large tears, but with no loss. Light staining throughout, mainly to fore-edge, occasionally to top-edge, by Nnnn there is heavier staining to top corners until Hhhhh where it becomes lighter again, sporadic light spotting, a few small burn holes (not affecting text). A few small nicks and tears, slight loss to a few corners, tear to foot of C2, catching text but no loss, chip to head of Cc6, tear from foot of Hh2, catching text with no loss, tear and chip to margin of Ll6, Kkkk marginal repair with no loss, Ffffff3 tear to foot of page catching text but no loss, 7H has lost its bottom corner, repaired with lost part of index in neat manuscript, a few marginal repairs to index (not affecting text), final errata leaf also repaired to fore-edge margin (again not affecting text). Smith in Henrey notes that "This work and the herbal of Gerarde were the two main pillars of botany in England till the time of Ray, who indeed gave them fresh importance by his continual reference to their contents" (Henrey Pg 79). "Parkinson, John (1566/7-1650), apothecary and herbalist ... Parkinson became so well respected in his profession that he was one of the five apothecaries who were consulted by the College of Physicians during the compilation of the first Pharmacopoeia Londinensis ... Parkinson's second work, which occupied him for many years, was Theatrum botanicum (1640), with more than 1700 pages. This described some 3800 plants and showed his extensive reading of the period's authorities; of particular value was the almost entire incorporation of Caspar Bauhin's Pinax, for its synonyms. Parkinson divided plants into seventeen 'tribes', based partly on their medicinal qualities and partly on habitat. William How in 1655 roundly accused him of plagiarizing the work of Matthias L'Obel, but Parkinson had acknowledged his debt to him, and as one historian wrote, 'He has taken very little, for the simple reason that very little was worth taking' (Raven, 268). Certainly John Ray did not despise the work, for he termed it 'the most full and comprehensive book of that subject extant' (Raven, 272), and frequently quoted from it" (ODNB). Additional engraved title, circa 2714 woodcuts to the text, the largest of the English herbals. Henrey 286, Pritzel 6934, Arents 212, Wellcome I:4833

The Forest Pruner; or Timber Owner's Assistant: A Treatise on the Training or Management of British Timber Trees Etc.

Hortus Gramineus Woburnensis: Or an Account of the Results of Experiments on the Produce and Nutritive Qualities of Different Grasses and Other Plants Used as the Food of the More Valuable Domestic Animals: Instituted By John Duke of Bedford

Silva: Or a Discourse of Forest-Trees, and the Propogation of Timber in His Majesty's Dominions WITH Terra