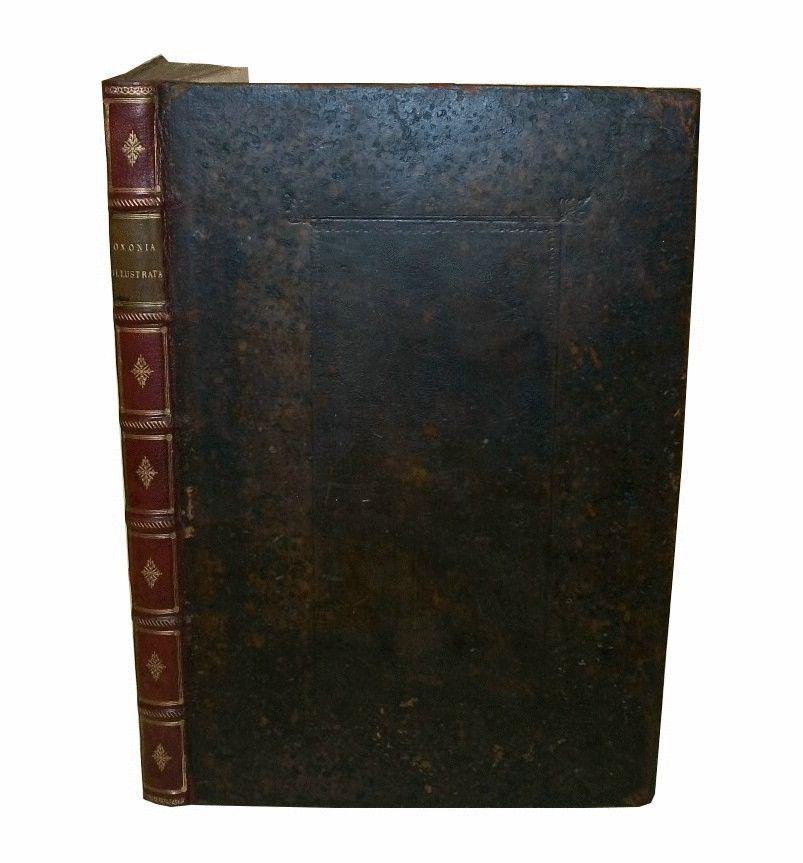 Engraved title, engraved address to the reader leaf, engraved privilege and dedication leaves, engraved list of plates leaf, thirty-nine double page engravings and one larger folding engraving (as called for). Contemporary panelled calf, later morocco reback, raised bands, spine in seven panels, morocco title label to second panel, remaining panels with gilt triple fillet border and central lozenge. Small repairs to head and foot of spine, re cornered, rubbed. Internally a few small nicks and tears, one or two old repairs to reverse, some light browning mainly to margins, very light soiling, plates have all been rehinged and are generally quite clean. The large folding plate is a well matched impression. First edition and a nice tall copy of Loggan, which is the first illustrated book on Oxford. David Loggan (bap. 1634, d. 1692), artist and engraver ... is said to have learned engraving from Willem Hondius ... In 1665 Loggan and his wife left London because of the plague and settled at Nuffield, Oxfordshire ... the main legacy of his time in Oxford is his Oxonia illustrata (1675), a set of bird's-eye views of all the colleges, academic halls, and university buildings, together with a map. It was intended to accompany Wood's The History and Antiquities of the University of Oxford (1674), and was presented along with it by the university in the late seventeenth century to distinguished visitors to Oxford" (ODNB). Upcott 1105-1107, Madan 3035, Cordeaux and Merry (University) 284

An History of the Abbey of Glaston; and the Town of Glastonbury

Versailles, Paris and Saint Denis; Or a Series of Views from Drawings Made on the Spot By J.C. Nattes, Illustrative of the Capital of France, and the Surrounding Places. With an Historical and Descriptive Account