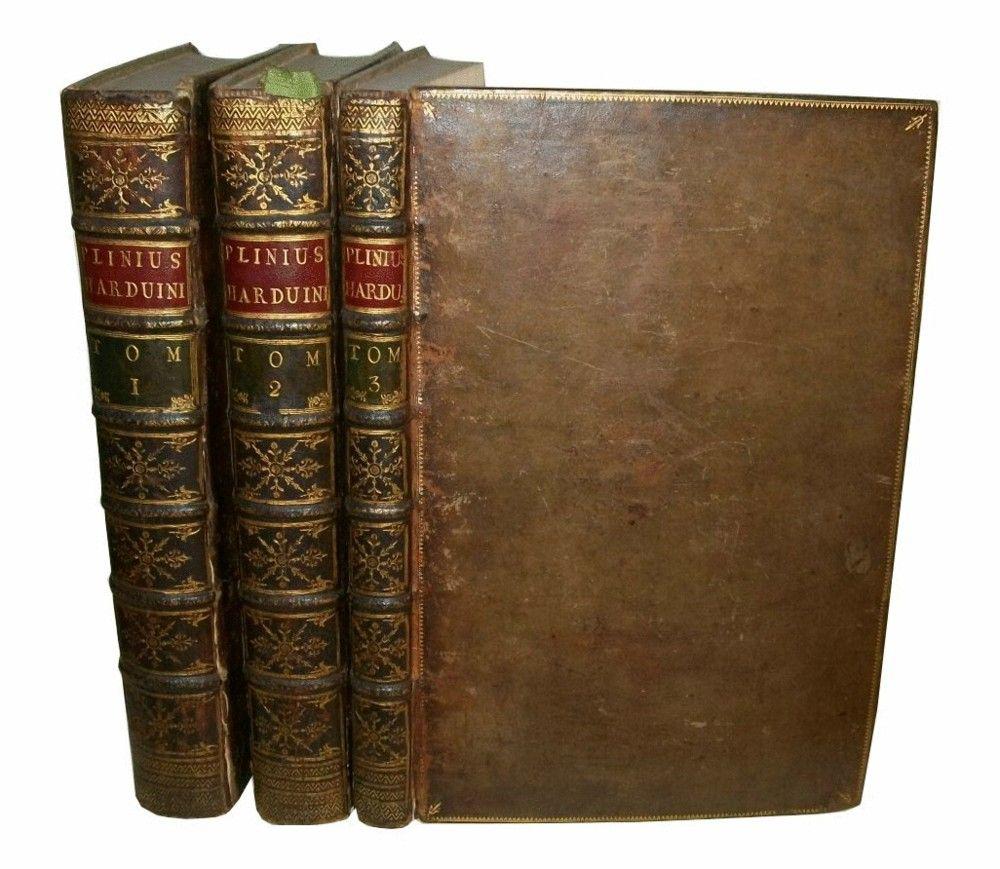 Three volumes complete - Volume One - [32], 790pp, [18]; Volume Two - [2], 835pp, [7] and Volume Three - [1], 836-1289pp, [1]. Full contemporary calf, raised bands, spines in seven panels, morocco author label to second panel, morocco volume label to third, remaining panels with gilt double fillet border and central roundel with flower tools emanating, spine ends with gilt zig-zag pattern, covers with single fillet bordering a dog-tooth roll with a small flower tool to corners, gilt roll to edges and inner edges, comb and curl pattern marbled endpapers. Spine ends chipped, outer joints split and a little weak, though holding on cords, corners bumped and worn, covers rubbed. Internally the top edges are lightly dust-stained throughout, occasional minor browning, but generally fairly bright. Volume one has a small hole to title, Iii and Iii4 are browned, in volume two Gg and Gg4 are foxed. Folding map and nine plates of coins in volume one, two plates of coins in volume two. Text is in Latin. The second and best Delphin edition (the first Delphin edition was a quarto edition published in 1685). Dibdin notes that the second edition, "is by far the more copious, splendid and critical performance". Jean Hardouin was a Jesuit classical scholar, "his first published work was an edition of Themistius (1684), which included no fewer than thirteen new orations. On the advice of Jean Garnier (1612-1681) he undertook to edit the Natural History of Pliny for the Dauphin series, a task which he completed in five years" (Wikipedia). Dibdin II:325; Moss II:480-1, Brunet IV:716

The Forest Pruner; or Timber Owner's Assistant: A Treatise on the Training or Management of British Timber Trees Etc.