Bibliotheca Spenceriana; or a Descriptive Catalogue of the Books Printed in the Fifteenth Century, and of Many Valuable First Editions in the Library of George John Earl Spencer 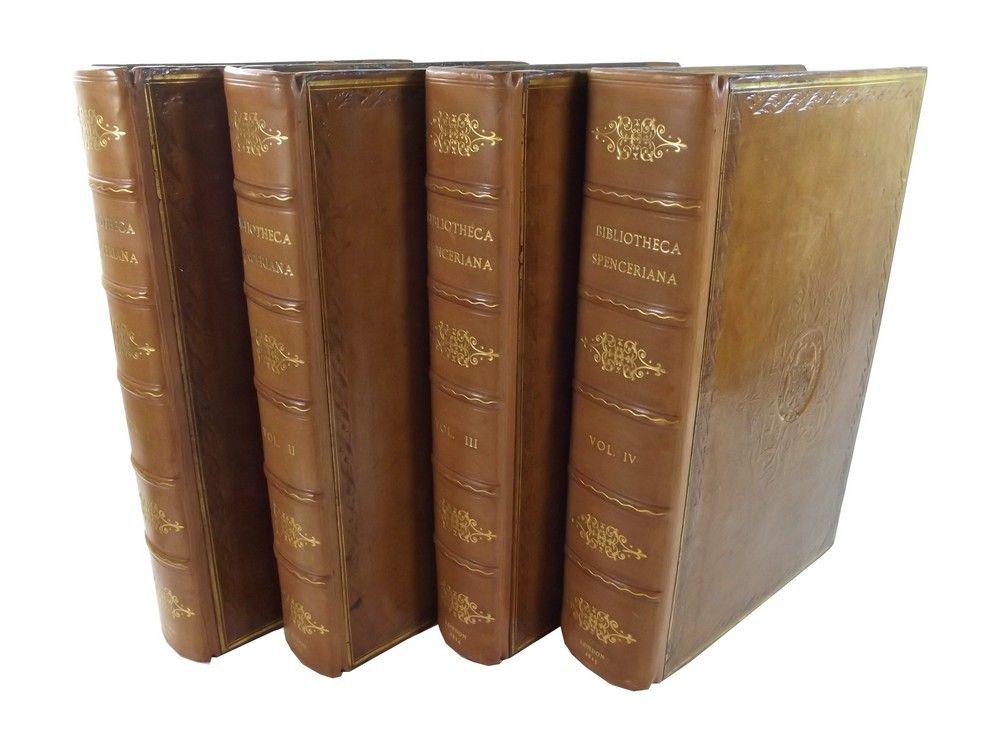 Bibliotheca Spenceriana; or a Descriptive Catalogue of the Books Printed in the Fifteenth Century, and of Many Valuable First Editions in the Library of George John Earl Spencer

Four volumes 1814-1815 - Volume One - [4], ilii, 383pp, [1]; Volume Two - [4], 503pp, [1]; Volume Three - [4], 509pp, [8] and Volume Four - vii, [3], 587pp, [1], lxxvii, [3]. Full calf, raised bands, spines in six panels, title in gilt to second panel, volume number to fourth, remaining with central gilt device, place and date to foot, covers with thick and thin rule border, blind central arabesque with 'Writers of the Signet' device to centre, marbled endpapers. Later rebacked and recornered, rubbed to extremities, some dark spotting to upper cover of volume one, scrape to lower covers of volumes two, three and four. Some off-setting internally, but generally fairly bright and clean. Volume one with M4 in both states, with eleven plates on twelve leaves, volume two with one plate and volume four with ten plates (as called for). There were three volumes of later supplements (not present here). Windle and Pippin A25, Lowndes I:640