A Narrative of Occurrences That Took Place During the Mutiny at the Nore in the Months of May and June, 1797 Etc. WITH Ceremonial of the Execution of Rd. Parker 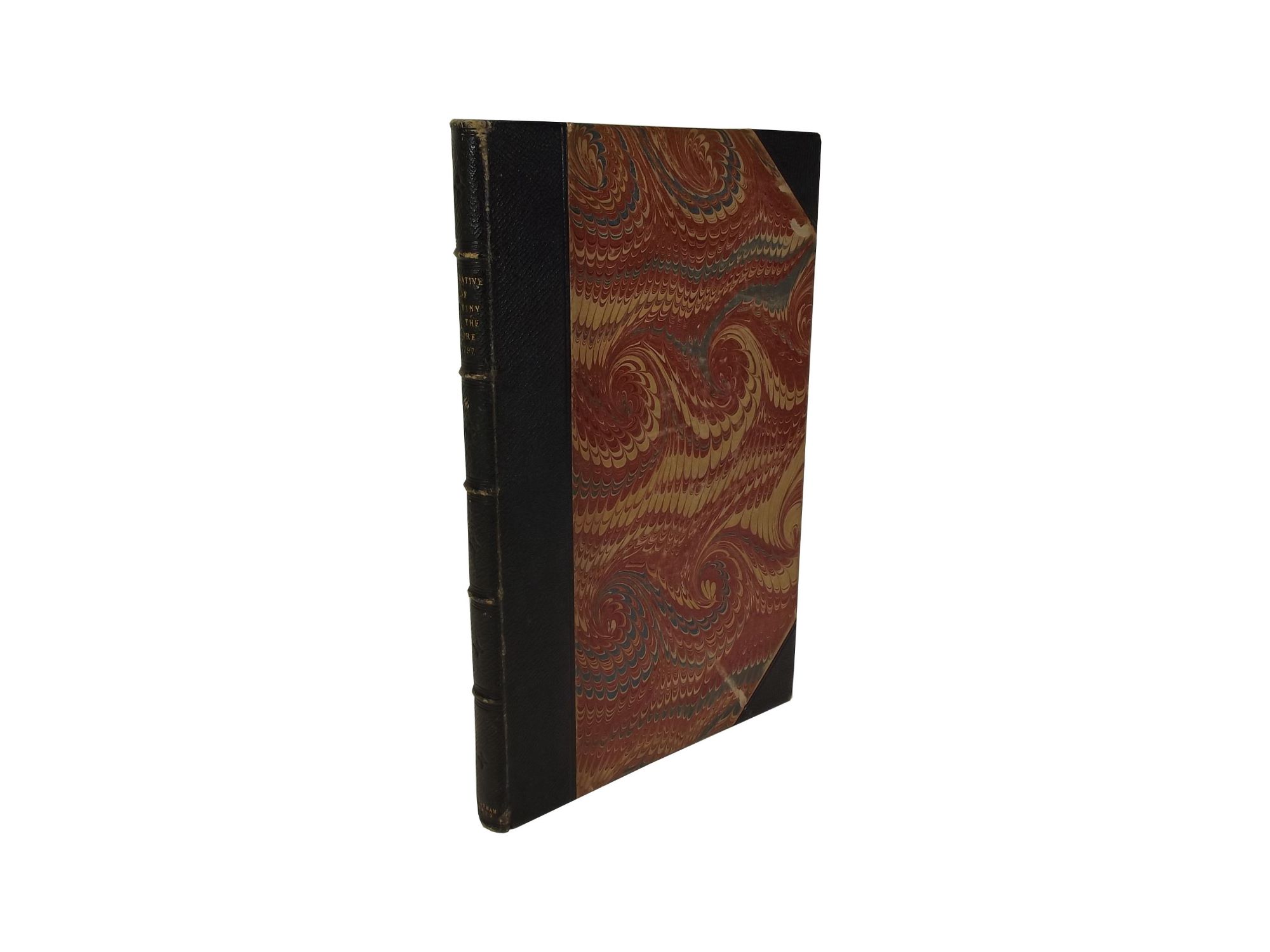 A Narrative of Occurrences That Took Place During the Mutiny at the Nore in the Months of May and June, 1797 Etc. WITH Ceremonial of the Execution of Rd. Parker

[7], vi-xii, [1], 2-141pp, [3]; [3], 4-12pp; [and] [1], 2-23pp, [1]. The first item is the book by Cunningham, 'Narrative of Occurrences that took place during the Mutiny at the Nore', this is bound with a pamphlet to rear, 'Ceremonial of the Execution of R[ichar]d Parker, for Mutiny on Board His Majesty's Ships at the Nore, on Friday, June 30, 1797, with Parker's Last Letter to His Wife', published in 1840 (pages inlaid and remargined to match the larger size of the first work). Thirdly, a pamphlet 'Observations on the State of Discipline in the Navy, End of the Year 1797. In a Letter to a Friend' and finally a framed and glazed engraving of Richard Parker (no date but after 1824), with notes in ink about Parker's hanging. Book rubbed to extremities, with slight loss to surface leather, internally quite bright and clean. Presentation copy from the author, with note to head of title, an errata slip, also noting that 'A few Copies only of this Narrative are printed for the particular friends of the Author', is tipped in before the start of the text. Joseph Gualteri King Eyton's four colour bookplate, apparently printed by Charles Whittingham, to front pastedown, binding is by Hayday. The pamphlet 'Ceremonial', printed in Dartford in 1840, is unrecorded in JISC. The pamphlet 'Observations', with a drop head title and printed by Murray & Cochrane of Edinburgh, has a postscript dated 27th January 1798 (but perhaps printed later, see below), has several paper repairs, some old damp staining and new stitching. It appears to be unrecorded in this separate form, but seems to have been reprinted in Philip Patten's 'Intimations: To those who may read the following observations on naval affairs', c.1810, which is described as being four parts in one, with this pamphlet as the second named. Finally the engraving which is browned, though the image is quite bright, in a dark mourning frame which is a little chipped. An interesting collection of uncommon material about Richard Parker, the president of the 'Floating Republic', a mutiny in the North Sea Fleet based on the Nore between May and June 1797. Parker was executed aboard HMS Sandwich after the revolt fizzled out

No Jacket (as Issued)

Presentation Copy from the Author

The Fables of Aesop

The Springtide of Life